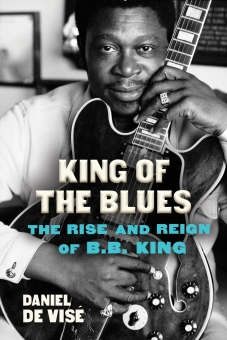 King of the Blues: The Rise and Reign of B.B. King
On sale now from Grove Atlantic: The first full and authoritative biography of a musical and cultural legend.

"Pulitzer Prize–winning journalist de Visé amply demonstrates his masterful storytelling and research skills in this definitive look at legendary blues musician B.B. King. Even readers who aren’t fans of the blues will be engrossed by this nuanced look at an American icon." -- Publishers Weekly (starred review)

Daniel de Visé﻿ is a writer and journalist. A graduate of Wesleyan and Northwestern universities, he worked at The Washington Post, the Miami Herald and three other newspapers in a 23-year career. He shared a 2001 team Pulitzer Prize and garnered more than two dozen other national and regional journalism awards. His investigative reporting twice (see here and here) led to the release of wrongly convicted men from life terms in prison. His first book, I Forgot To Remember (with Su Meck, Simon & Schuster, 2014), began as a front-page article de Visé wrote for the Washington Post in 2011. His second book, Andy & Don (Simon & Schuster, 2015), began as a journalistic exploration into the storied career of his late brother-in-law, Don Knotts. Andy & Don is now in its eleventh paperback printing. His third book, The Comeback (Grove Atlantic, 2018), rekindled a childhood obsession with professional cycling and the sport's forgotten hero, Greg LeMond. The Comeback inspired Congress to award LeMond its highest civilian honor, the Congressional Gold Medal, in December 2020. His fourth book, King of the Blues, honors a lifelong passion for collecting, performing and writing about music. King of the Blues was longlisted for the 2022 PEN America award in biography.

Daniel is married to Sophie Yarborough, a senior editor at The Washington Post​. They and their children live in Maryland. Contact Daniel at ddevise [at] gmail.com 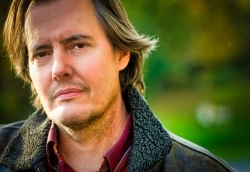